Isn’t freedom what makes our country great? Freedom that the government won’t restrict our speech. Freedom to vote for our leaders. Freedom to choose our own religion. America is defined by the rights of our citizens, not by the restrictions opposed upon them.

We are free to speak any words we want until they infringe on the freedom of others. We are free to own guns (with some regulations) and free to use those guns until they put the safety of others at risk. Your liberty to swing your fist ends where my nose begins.

Now whose liberty is being infringed by flag desecration? I understand that it may be offensive, but get over it. We should not be making laws because of your feelings.

Think of it this way, the same laws that give you the right to wave that flag without restrictions is the same laws that give protesters the right to burn it. Allowing you to do what you want with the flag without allowing them to do what they want with it is totalitarian. China, Cuba, Iran, and North Korea ban flag desecration. Let’s not use them as a model for limiting freedom.

As the old saying goes, “I don’t agree with what you say but I will defend to the death your right to say it.”

Give Me Your Tired, Your Poor

I feel terrible for the Syrian refugees. We, as Americans, always have to consider terrorist threats but these refugees live with them on a daily basis. Think about that. We have the occasional act of terror, gang violence, and random acts of evil but they literally lived in a warzone.

Assad targets civilians with bombs and chemical weapons. ISIS takes over towns and brutally plunders cities and leaves the townsfolk for dead. Over a quarter of a million people are dead in a country so small. Half of the country’s population has been displaced from their homes. I’m sure they didn’t want to leave their homes. Would you? But they decided to pack what little they had to look for a better life.

Do you know who else left their home to find a better life? Hmmmm… The family of almost every American ever. For all those who want to turn away the refugees, I wish the Statue of Liberty gave your ancestors a big middle finger and turned them away because you are un-American.

“Give me your tired, your poor, your huddled masses yearning to breathe free, the wretched refuse of your teeming shore. Send these, the homeless, tempest-tossed to me, I lift my lamp beside the golden door!”

I know, I’m overlooking the security issue. I get it but we take risks every day. Every time we get into a car we drastically increase our risk of injury. We use seatbelts, and airbags, and invoke traffic laws to limit risk, but we do not stop driving. I’m probably oversimplifying the analogy but my point still holds true. We can and should do everything possible to weed out those who wish us harm, but please do not throw out the baby with the bathwater.

Published by Brian Mapes on November 18, 2015 in politics

Today is Pregnancy and Infant Loss Remembrance/Awareness Day. I don’t blog much, but this is a topic near and dear to my heart. As many of you know, Monica and I lost one child due to low amniotic fluid and lost two others as vanishing twins.

The statistics on pregnancy and infant loss are horrific:

I’m no trained expert, but through my own experience I have some tips for interacting and supporting those going through pregnancy loss:

It’s like any other great pain: you never get over it; you can just hope to carry on. Some couples jump back on the wagon as having a child is the only way to lessen the pain. Others need to step back and can’t even think about trying for a long time, if ever. Either way, be supportive because they need it.

I’ve gotten to the point where I can freely talk about pregnancy loss. It was a hard long road and I couldn’t have done it without my best friend, Monica. We walked that road together.

Anyone needing a friend to talk to can always give me a call. It doesn’t matter if we see each other all the time or barely at all. I know the dark loneliness of it all and am certainly willing to extend an ear.

Published by Brian Mapes on October 15, 2014 in family

Did you know that you can append a plus sign and any combination of alphanumerics after your gmail address and still get the email? I did and I love the feature.

I use this feature for most of my non-personal email corespondents. For example, if I were to provide an email address to the fictional phone company No Cell Service, I’d give them bmapes+nocellservice@gmail.com. This provides two key features. First, I can easily create filters to handle mail sent to bmapes+nocellservice@gmail.com. I can move it to any folder, forward it, mark it as important, or delete it. Second, if I start getting spam emails to this address, I know No Cell Service leaked my phone number, which is easily blockable.

Apparently, many websites don’t know about this cool feature. Discover Card does not accept plus signs in email addresses and they throw up a nice big red message telling me so. Instead I give them a crap email address and forward any email from Discover to my main address. It’s a pain in the ass, but it is what it is.

There are too many companies behind on the times that need to get their act together and start accepting the plus sign. Paint Scratch doesn’t accept the plus sign in email addresses, but they are not nearly as graceful as Discover. While making a purchase at Paint Scratch, they gladly accepted my email address with a plus sign. They sent me a confirmation email to bmapes+paintscratch@gmail.com. About an hour later they sent me an email saying there was a problem with my order. The problem was that their credit card program couldn’t handle the plus sign so it ignored it and tried sending the receipt to bmapespaintscratch@gmail.com. The email bounced because it didn’t exist. Doh! Even if it didn’t bounce, it still wasn’t the correct email address. Double doh!

In conclusion, companies should be allowing plus signs in email addresses as the character is legal. If you aren’t willing to do that, then you need to at least throw an error during input or not automatically remove the plus sign and assume the address will still work.

Published by Brian Mapes on March 25, 2014 in development

Flyers Get a New Coach; Philadelphia Sports Are Doomed

Peter Laviolette has been fired as coach of the Flyers and is being replaced by Craig Berube. 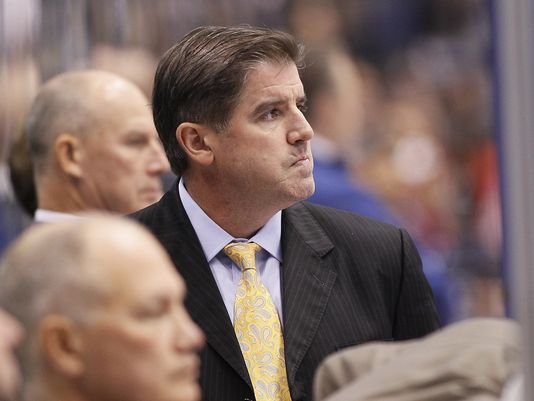 If Laviolette was on such thin ice then they should have fired him in the off-season and done a proper coaching search. I’m not going to bash Berube because I don’t know him well enough to say if he is going to be good or not. Maybe they would have hired him in the off-season anyway, I don’t know, but at least the team would not be dealing with an in-season system change.

The Sixers are trying to lose but at least they have a plan. The Eagles are trying to build a young team around a young, high-energy coach. I don’t have a clue what the Flyers’ (or Phillies) plan or philosophy is. The Flyers organization is clearly dysfunctional and needs more than a coaching change. Every move the GM makes turns to crap and the owner has transformed into Al Davis.

One championship in 30 years. Go Philadelphia.