Thanks for the Memories, Uncle Charlie

Charlie Manuel was fired today. Yes, you heard correctly, the winningest manager in Phillies history, who gave us a World Series Championship, was fired. 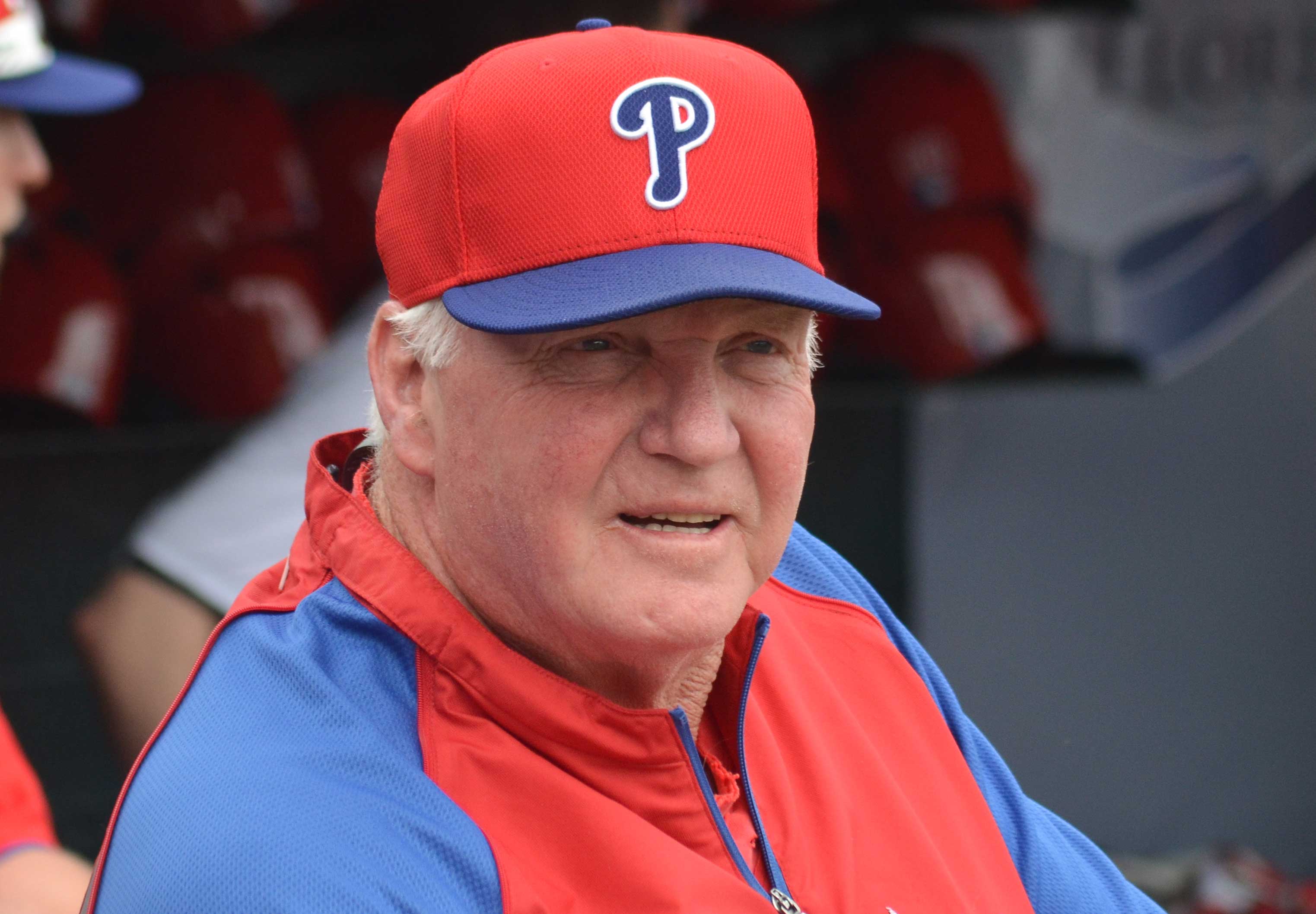 Manuel wasn’t a tactician. The double switch threw him for a loop. Knowing when to hit-and-run was difficult. Determining when to bring in a reliever and which one was troubling. He was loyal to a fault. That said, he was great at managing the personalities of extremely high paid ballplayers and getting the most out of them.

I think Uncle Charlie did the best he could this year. He was given a bad team that had almost no chance of competing regardless of who the manager was. The team has too many aging players. The worst part is they are overpaid and locked up in longterm contracts. Rubén Amaro, Jr is at fault here, not Chuck. By firing Manuel, RAJ confirmed he is an awful GM and doesn’t know what he is doing. He should be fired immediately but the Phillies owners are too tentative to pull the trigger.

Manuel is being replaced by Ryne Sandberg, the so called “heir apparent”. I like Sandberg but let’s remember that he is here because Chicago and Boston didn’t want him. It makes me wonder why and what flaws or baggage he carries around.

I guess it doesn’t matter who the coach is next year, the team will continue to stink until they can get younger and more patient. They need their swagger back. Unfortunately, Amaro doesn’t have the skill set to make any of this happen and we are doomed to have another awful year.

The last few years have been hell. They’ve left my heart broken and my soul shattered. I’ve shed more tears than I’d like to admit. Today I still cry but these tears taste so much sweeter. These tears are of joy as I found the thing that will mend my heart and repair my soul. 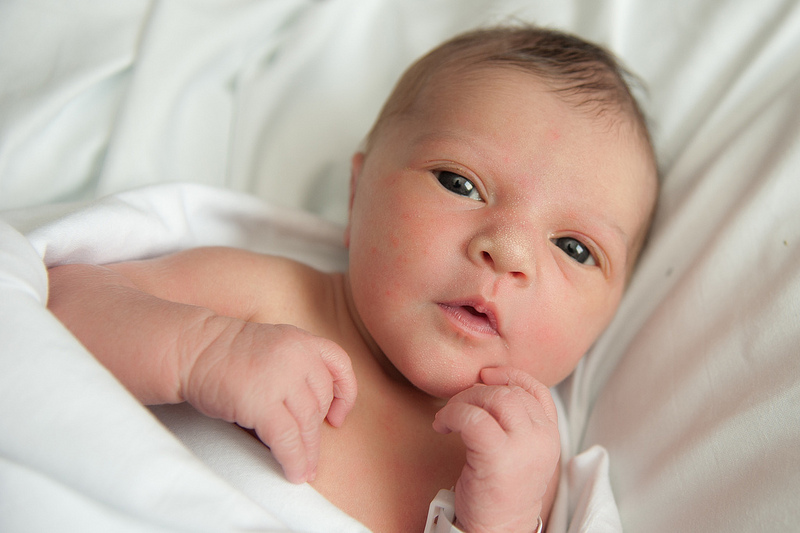 Things I Want to Teach My Daughter

We are merely one week away from the due date and my daughter can literally be born any day now. When expecting your first child there is much to do and prepare for. Childhood is all about learning and I was thinking about all the things I need to teach my daughter. Here is my list so far. What have I forgotten?

I Need a Better Estimate

I’m not sure how many times I’ve been tasked with estimating the time it will take to complete a software development project. I’ve already accepted the fact that most of the time I’m asked to do it with unclear requirements, poorly described features, no definition of done, and minimal time to create it. The foundation for this estimate is already shaky but I document my assumptions, quickly describe some scope, and put together my best faith estimate. Far too often, someone, usually a non-technical person such as a project manager, sends the estimate back to me and says, “I need a better estimate.” What?

After seven years in the software industry, I’ve learned to translate “I need a better estimate” to “I need it done faster as your estimate will take too long and I’ve already promised the customer a delivery date even though I didn’t have enough knowledge to do so and now I’m stuck delivering it sooner than your estimate because I’m not going to be the bad guy and tell the customer it’s going to take longer than I said because I screwed up so you need to figure out how to get it done faster.” Whoa. Deep breath.

For the sake of this post, let’s ignore the unclear requirements, poorly described features, and no definition of done, and assume everything is crystal clear. Here is a simple, non-software related example: Bob tasks me with creating an estimate for Rob to drive from Philadelphia to a bank in Pittsburgh.

Tasked with creating an estimate, I take my personal knowledge of having previously driven from Philly to Pittsburgh, I check Google Maps, and I ask if anyone else had any expense with this trip. I then come up with a five hour estimate and add half an hour for contingency. In no time, Bob would be emailing me. “Five hours! I need a better estimate! I promised the customer Rob could get there in three!” So how is it my problem? Oh yeah, I’m the developer. So now I’m tasked not with creating a better estimate, but figuring out how to get it done faster. I always handle it the same way; I put the work back on the Bob.

There are only a few ways to affect a project schedule: time, scope, resources, and quality. Let’s take them one by one.

Time is very simple. Bob can always go back to the customer and ask for more time.

Many times the requirements are relayed without really understanding the problem. By figuring out why Rob needs to get to the bank in Pittsburgh maybe we can find a solution that will take less time. Maybe there is a bank in Harrisburg that will meet the same needs as the one in Pittsburgh? Heck, maybe there is one right in Philadelphia? Maybe Rob doesn’t need to go to Pittsburgh at all and this can be handled over the phone or on the Internet? Maybe someone already in Pittsburgh can go in his place? Again, I put it back on the Bob to go find out the actual problem.

If Rob is using a broken-down car that only goes 40 miles an hours and dies every 30 minutes then maybe a faster car would make a difference. My estimate assumed he is driving a car that can consistently do the speed limit and has average reliability, so giving him Ferrari isn’t going to make much difference. The Ferrari would allow him to go faster but we’ll assume Rob is going to drive at a reasonable speed. Two cars aren’t going to help much either. Maybe we have access to helicopter or airplane? Can we get a police escort? Again, Bob needs to go find out what additional resources we have access to and then I’ll revise the estimate.

Rob could run a few lights, drive down the shoulder, cut off other drives, take curves at dangerous speeds, and other crazy things to shave off time. Cutting corners is only going to make things worse. Rob might get pulled over, arrested, or injured. In any case, quality should never be compromised. I’ve been on development teams where quality was sacrificed to meet customer demands. It eats away at your soul. If you are ever part of a team where sacrificing quality is truly an option, quit immediately. You are not only sacrificing quality but you are also sacrificing your personal integrity.

In some cases you may need to actually improve on the estimate. Maybe your estimate for the drive from Philadelphia to Pittsburgh considered the scenic route though San Francisco. This isn’t the case most of the time. Improving the estimate is all about getting more information, agreeing on assumptions, better defining the requirements, and recognizing resource availably and constraints.

Published by Brian Mapes on May 28, 2013 in development

I was a child of the 90s and Microsoft did an excellent job of reminding me how awesome the 90s were.

While the video is fun it’s not enough to get me to switch back to Internet Explore. IE 6 and 7 were awful. IE 8 was a step in the right direction but still crap. IE 9 is almost passable as a real browser. IE 10 is actually pretty good but at this point I’m too comfortable with Chrome to think about switching.